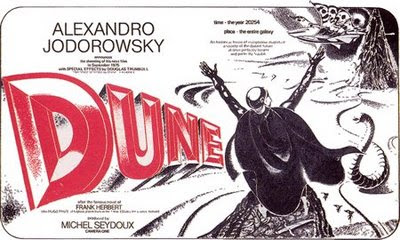 Frank Herbert is to scifi what Tolkien is to Fantasy.
It is maybe the one and only saga i read every three/four years ;) and it continues to inspire me.
But Before that David Lynch turned it into the controversial movie everyboy knows... ( you love it or you hate it)
Did you know that back in 1974 there was a DUNE project in Europe, gathering eclectic band of talents lead by Alejandro Jodorowsky ( director) with... 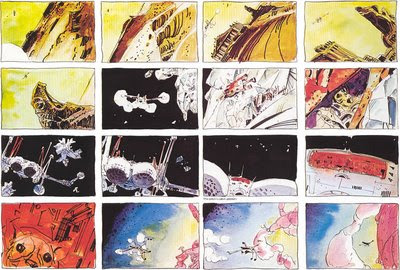 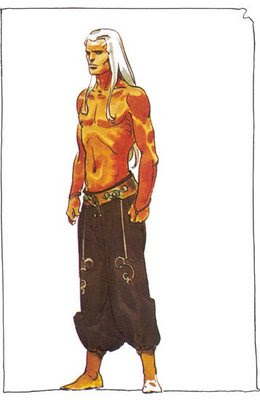 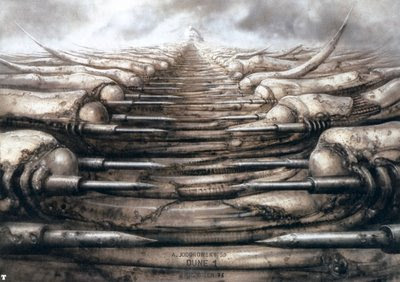 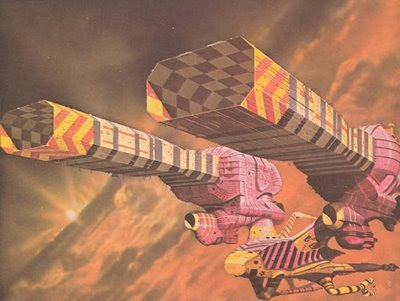 But also Dan O'Bannon( special effects), Orson Welles(as baron Vladimir Harkonnen) , Pink floyd (music) and Salvator Dali ( the emperor Shaddam the fourth for one hour on the set for a fee of $100,000 )...

What a crazy movie it would have been!

The project never passed the stage of conception, but this adventure triggered many ideas @ Holywood, and some bits and parts of this derelict planet can be still be found here and there for those who know where to look at... 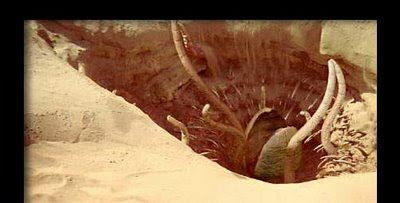 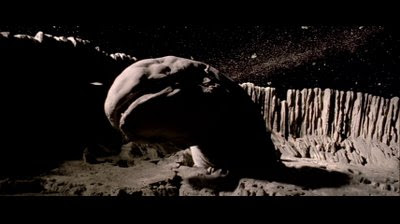 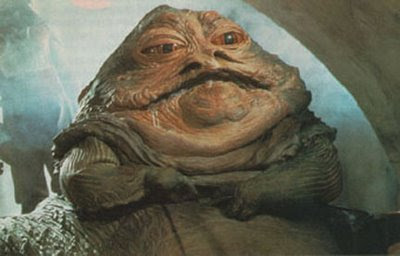 H.R. Giger: Alien got contacted after Dune to work on Alien, and the Planet harkonnen became the famous Planet LV-426 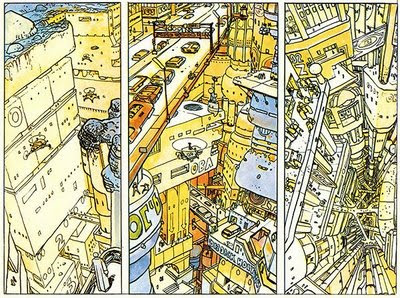 The Incal ( wrote by Alejandro Jodorowsky, his own version of Dune's roots an mythos ) 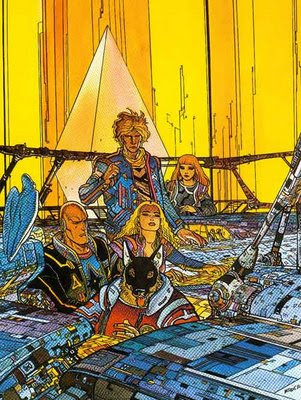 hope that the next movie planned for 2010 and directed by Peter Berg ( yes , a new DUNE! ) will live up to our expectations :)

And while we are at it, here's my own little tribute to the Dune Universe ;)